About the NDA Coaching in Zirakpur

The Brain Hub Academy is the best Institute for NDA Coaching in Zirakpur. The institute provides best coaching and guidance to students who want to pursue their career in Defence. This highly prestigious and honorable job profile gives the youngsters an opportunity to serve their motherland. This is the reason many students aspire to get into the Defence sector and be able to work for the Nation. Brain Hub Academy helps the students to make their dream come true by providing Best NDA Coaching in Zirakpur.

Being selected in National Defence Academy has become a matter of pride for both individuals and society. It is the Dream of every youngster because of its various perks and incentives. Our main tag line is “Come to learn, Leave to Achieve”. NDA Coaching in Zirakpur 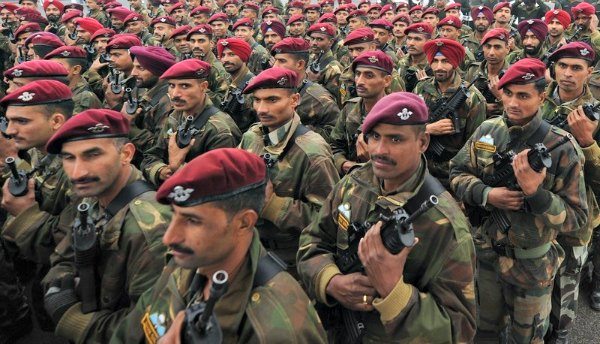 We help the students to achieve their goals by providing the Best NDA Coaching Classes in Zirakpur. Brain Hub Academy is one of the best NDA Coaching Centers in Zirakpur region. If you are passionate to lead an adventurous life and are dedicated to serve your motherland then a career in defense is the choice for you. A career in defence, not only let you work for the Nation, but also earns you great recognition in the society. Apart from being called a patriot, this career has some other perks also. This will increase your respect in the eyes of fellow countrymen and will give other ample opportunities to show your various skills. It helps in acquiring leadership qualities and upgrades personal skills too Join India Top NDA Coaching Institute in Zirakpur.

The National Defence Academy (NDA) is the Joint Services academy of the Indian Armed Forces. NDA or National Defence Academy is a national institute for training selected young men for officer level entry into the Armed forces of India. Apart from an eminent career, the other reasons that induce students to join the NDA are love and respect for the Nation. The training at NDA is rigorous. The training at NDA is broken into six terms and the total duration of training is three years. Once their training is concluded, the candidates are awarded their bachelor’s degree at the passing out parade of NDA. Thereafter the candidates go to their respective service institutes i.e. the Indian Military Academy or IMA for army cadets, Air Force Academy Hyderabad for Air force cadets and Naval Academy Coaching for Naval Cadets. Top NDA Coaching Institute in Zirakpur

NDA and NA written entrance examination is conducted by UPSC twice a year. The exam is held in the months of April and September. Candidates must apply to sit for the examination, online on the UPSC website after notification is released by UPSC.

Why Join a Brain Hub Academy for NDA Coaching in Zirakpur?

Conditions of Eligibility
NDA 1. Candidates born not earlier than 02nd July 1999 and not later than 01st July 2002 are eligible

Applicants to the NDA are selected through a written exam conducted by the UPSC, followed by interviews covering general aptitude, psychological testing, team skills as well as physical skills along with medical tests. The minimum qualification required to appear for this test is (10+2) senior secondary from any recognized university or board. For admission to Air Force or Navy candidates need to have physics, chemistry and maths as compulsory subjects in (10+2). They also need to conform to the physical standards as specified by the regulations of NDA Coaching in Zirakpur.

The written test conducted by UPSC will consist of objective questions based on maths and general ability. After clearing the test one has to go through a five day interview process with the State Selection Board for evaluation of the potentialities of officers(Intelligence and Personality Test). Besides, the interview, one has to go through the intelligence Tests both verbal and non-verbal, designed to assess the basic intelligence. After the test, one has to undergo the Medical test.

After training a candidate can choose either a technical or a non-technical field of specialization, as per his preference. Growth opportunities both in terms of knowledge and finances are unlimited. Even during the service and after retirement, individuals get to enjoy exclusive facilities and tax exemptions. This job has a lot of advantages during the service as well after retirement. Facilities such as medical and insurance are provided to the individuals. So if you have a keen desire to serve your country, then this field is for you.

Army Wing of National Defence Academy: 12th class pass of the 10+2 pattern of school education or equivalent examination conducted by a state education board or a university

Air Force and Naval Wing of National Defence Academy and 10+2 Cadet Entry Scheme at the Indian Naval Academy: 12th class pass of the 10+2 pattern of school education or equivalent with Physics and Mathematics conducted by a State Education Board or a University

They are required to submit proof of passing the 12th class or equivalent exam by the prescribed date and no request for extending this date will be entertained on the grounds of late conduct of Board/University Examination, delay in declaration of results or any other ground whatsoever.

NDA Exam is a mixture of 2 Different Paper of 900 Marks generally known as Paper-1 for Math Portion & Paper-2 for General ability Portion. Paper 1 holds the Mathematics Part of +1 & +2 level for which time limit is only of 2.5 hours & it contains 300 marks. Paper -2 holds the General Ability Test & has same time limit of 2.5 hours but it consists of 600 marks. Paper 2 consists of General Knowledge 400 Marks and General English 200 Marks. Combining these both papers written exam carries 900 marks in total.

1.The subjects of the written examination, number of questions, the time allowed and the maximum marks allotted to each subject are as follows.

2.The papers in all the subjects consist of objective type questions only.

General Ability Test has six sections with the break-up of 400 marks as below:

How to prepare for the NDA Exam:

To crack exam there are different ways like good coaching institute like Brain HUB Academy which helps students to know the tricks of time management with high quality and experienced faculties and good study material.

iIn addition to the interview, the candidates will be put to Intelligence Tests both verbal and non-verbal, designed to assess their basic intelligence. They will also be put to Group Tests such as group discussions, group planning, outdoor group tasks, and asked to give brief lectures on specified subjects.

All these tests are intended to judge the mental caliber of a candidate. In broad terms, this is really an assessment of not only his intellectual qualities but also his social traits and interests in current affairs.

We have team of specialists always ready to assist you for any enrollment queries that you may. If you need product information or need clarifcation on any career, exam or service, you can call our centralized Enrollment Help Desk on.